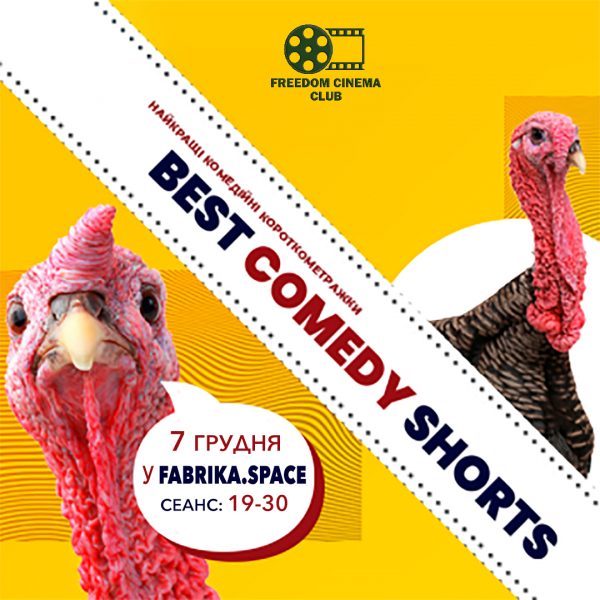 CAUTION! Adult humor 😉 On December 7th, we will have fun and laugh at Fabrika.space over the comedy movie collection “Best Comedy Shorts” 2019!

Laughter seems to make life longer, but that’s not the most important thing, right? Regardless of how many hundreds of years we have lived, let’s enjoy as if every day is the last.

“Best Comedy Shorts” will not let you lose this day! The films included in the program will surely make laugh even the most severe and most picky viewers. Even Chaplin would check out such a movement. So come! It will be fun.