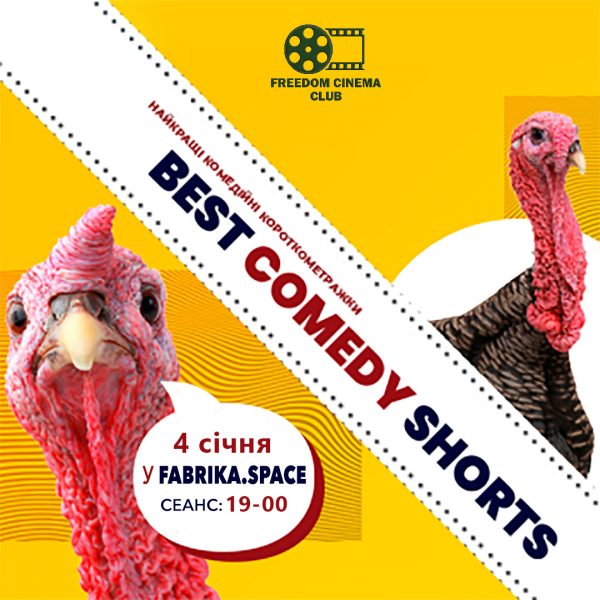 On January 4th, we will have fun and laugh at Fabrika.space over the comedy movie collection “Best Comedy Shorts”!

The films included in the program will surely make laugh even the most severe and most picky viewers. Even Chaplin would check out such a movement. So come! It will be fun.