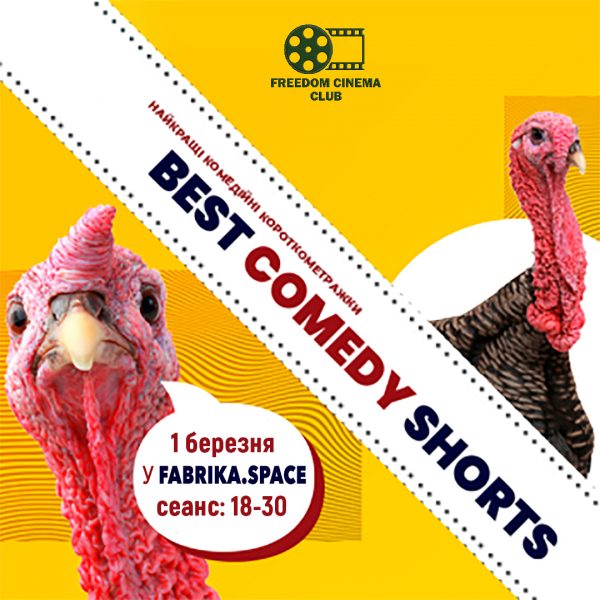 March 01, we will have fun and laugh at Fabrika.space over the comedy movie collection “Best BLACK Comedy Shorts”!

The films included in the program will surely make laugh even the most severe and most picky viewers. Even Chaplin would check out such a movement.

So come! It will be fun.

In critical situations, we are often very smart. However, Alice’s ingenuity can be envied. Where else, besides the closet, can you hide your lover and why is it better not to fall into such situations? The film “Love is Blind” will explain everything to you.

The city is in shock: who made a provocative inscription on historical sites! The mayor and doctor Robin were in a piquant situation, because the inscription refers to them …

Want to play a game? The movie “Saw in the Office” will make you hate your colleagues a little less.

Joe and his incendiary girlfriend Rose run away after their last robbery. However, it turns out that Rose has parked in a multi-story parking lot, and now their car is blocked by a summer lady who can’t cope with a ticket machine. Police sirens are getting louder, so there’s almost no time left to think …

In the best traditions of Westerns, the narrator tells the story of a lone shooter who enters a tavern. However, in this story, everyone hears the voice of the narrator. And also, he’s a little bloodthirsty.