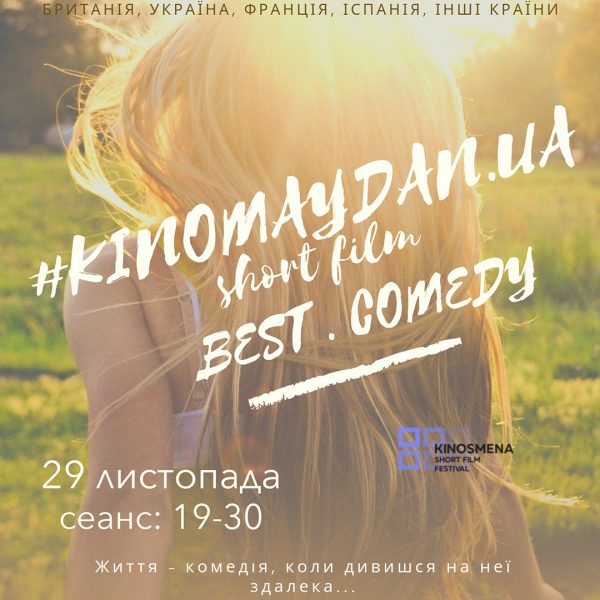 Kinoalmanah of the best works of the Minsk International Short Film Festival “Kinosmena”. All films have a large number of awards at international film festivals, and some films will be shown in Ukraine for the first time.

Misunderstandings between mother and daughter cause serious problems when six-year-old Isabelle is interviewed in a private school.

He only has 7 minutes to seduce her. If he doesn’t have time, then she will explode…

Louis is looking forward to a date, but on his way he meets an unusual child. Soon he will find out how quickly everything in life can change while he is just waiting for his girlfriend.

“Love Navigation” is a story about a loser-driver in love, who, on the issue of amorous affairs, trusts the advice of his car navigator to win the heart of the woman who hired him to work.

This is a comedy about the charismatic kosher butcher Yossi who loses his job. And he decides to pretend to be a Muslim in order to get a job in a halal butcher shop.

The plot focuses on the loser actor Ilya, who got a job as a presenter of “Male Radio”. Ilya celebrates this event with a stormy party, after which his voice completely disappears. Half an hour to the air, prime time, a contract was signed – Ilya is in a panic… The only way out is an injection into the vocal cords. Only this, doctors say, can save the situation. And here’s the presenter in front of the microphone…