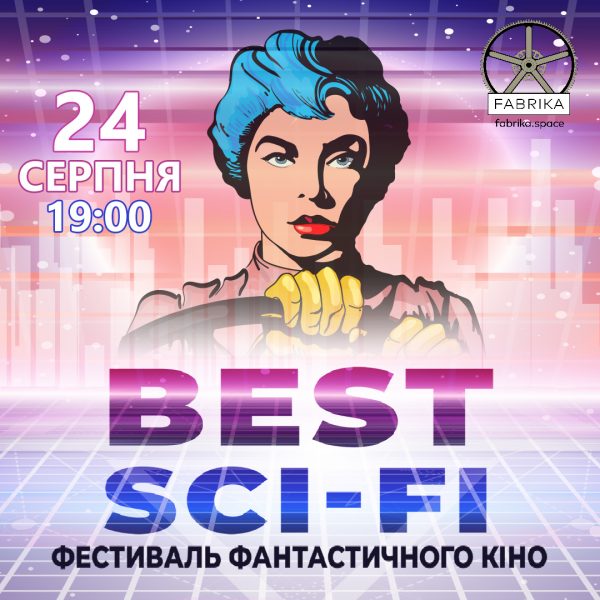 Do you think that you still control your life and make decisions on your own? What about the online navigator that tells you which way to go? Music services that your playlists themselves make? Social networks that choose what news and in what sequence to show you?

The latest technology has become an integral part of our lives. The world changes every day and surprises us every minute. Let’s try to look into an unpredictable future?

As part of the Fantastic Film Festival, you will see incredible stories that can become a reality in a few decades or even years.

Be sure to visit this event. The future is waiting for you!

In 2025, the artificial intelligence system informs its owner that he should go on a date with a girl, because his suicidal tendency of loneliness has reached a critically high level.

What can go wrong in a world where excellence is illegal? Unfortunately, Ivan’s perfection test turned out to be positive. The law states that he must visit an imperfection clinic to solve this problem.

Two brothers fell into a temporary loop. They will have to go through a maze of events in order to avoid a catastrophic fire.

Genetically engineered products are becoming a popular hobby in this all-possible future.

A factory worker invents an amazing machine that can create an elixir based on moonlight.

Andre is forced to live in isolation because of the virus he contracted during the space mission. His wife Agatha and daughter Miya are forced to reckon with the peculiarities of his life.

People are passionate about artificial intelligence. “Passage” is a documentary film from the future that tells about the other side of the so-called utopia.

On a tower that reaches the top of the clouds, amidst a storm, two colleagues are confronted with a strange phenomenon in the sky.