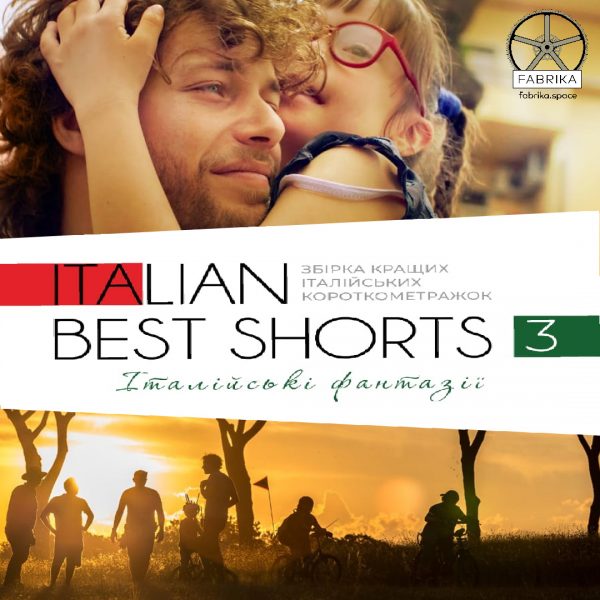 The Almanac combines seven best Italian short comedies and melodramas: the film is a participant of the 75th Sugarlove Venice Film Festival; important film “Hold on to me,” which will not leave anyone indifferent; the most awarded Italian short film in recent years, Cloud and others.

Each story of the ITALIAN BEST SHORTS almanac is a journey through the world of human hearts filled with love and open to wonder. Welcome to the world of “Italian fantasies”!

Luka is a lonely closed guy who likes to swim in the pool at night, when there is only him and silence. But somehow a stranger named Mia BURSTS into his secret night world. The film took part in 34 Italian and international film festivals, was named the best short film at the Maremetraggio and Visioni Italiane film festivals, and was nominated for the Best Short Film at the Italian Golden Globe and Italian Oscar – David d Donatello Award.

The main character, traveling in Morocco, goes to the eastern market to buy spices for his Italian mother, but something goes wrong…

Friends of Alya Bay and Alessandro Louis, participants of the creative duet ALEAinsieme, presented ironically the stereotypes about the Muslim world that exist in European society. The action takes place against the backdrop of the amazing Marrokesh, where everyone, no matter what age or nationality he may be, can become a hero of an oriental tale.

Infantile and reticent boy Filippo accidentally encounters in the Garbatella district of Rome a little girl – sunny and cheerful Alice, who has Down syndrome. The girl said she was lost, and asked to take her home. For the first time in his life, Filippo will have to take responsibility for another and finally feel like an adult. This film is very personal for director Luca Archidiacono: his sister has Down syndrome, and he told with all the depth and love a story that shook Italian viewers and film critics with the power of emotions.

The touching story of children’s faith, which even a simple misunderstanding can turn into a miracle. As a priest, Giovanni Kapalbo (“The Passion of Christ”). Directed by Paolo Geremey – the owner of nearly 30 short film and documentary film awards.

Filippo, a former teacher, cannot come to terms with retirement and the loss of his beloved wife. Life seems meaningless to him and he already wants to end it, when suddenly someone knocks on his door…

“Cloud” is one of the most awarded Italian short films of recent years: it took part in 62 Italian and international film festivals; was recognized as the best short film at the OPENEYES FILM FEST Film Festival (Germany), VAUGHAN FILM FESTIVAL (Canada, also prizes for best direction and acting), NAPOLI FILM FESTIVAL (Italy), 53° GOLDEN KNIGHT (Malta), was nominated for the Nastrid’Argento, Heartland Film Festival (USA) and many others.

Three children, riding bicycles in a city park, find a strange creature in the roots of a tree. Alien? .. Of course, they can not leave it there.

Gemma and Marcello have been waiting for this moment for so long. The wedding ceremony is about to begin and their feelings overflow. Like all lovers, they dream of a future together and swear eternal loyalty. But they are not like other spouses. Gemma and Marcello are two sugar figures on top of a wedding cake.

Sugarlove participated in the Critics’ Week of the 75th Venice Biennale, in the Festival del Cinema Italiano di Madrid film festival and this is only the beginning of his festival journey: the film is nominated in the category “Best Short Film” for the award “David Di Donatello”.