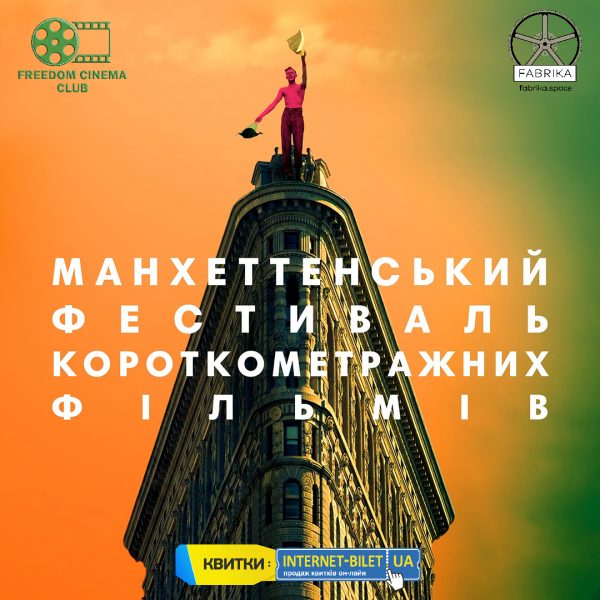 The world’s largest interactive Manhattan short film festival annually collects applications from directors around the world and in september presents the next selection of finalists. The winners are determined by a large international audience within one week.

In 2019, Ukrainians will be able to join the selection of the best short film of the year for the 13th time.

AT THE END OF THE WORLD

In an apocalyptic future, a lone civil servant falls in love with a soldier during the last world war. But their joint future is in threat when the guy is sent back to the war zone.

Annabelle wakes up alone in a stranger’s bedroom on her 30th birthday. She thinks the day cannot get worse, but Bernard comes in, and he is clearly not the man of her dreams.

Having been denied at the famous dance school, Malu has a chance to prove that she is destined to become a dancer, despite all the bets not in her favor.

An elderly man lives like a hermit, persecuted by his past and the memory of the family that he once had. Until a guest comes to him in an inhuman form and does not violate his isolation.

Two middle-aged women turn a friendly game of tennis into intense competition, but come together at the end of the match when they discover one thing in common.

Our love of the car means that the car can feel part of the family. Sometimes even something big.

Expensive restaurant. After serving the table with “difficult” customers, the waitress reaches the boiling point and comes up with a special dish of revenge.

According to Iranian laws, Bahara’s husband must accompany her during driving lessons: the girl cannot remain alone with the instructor. Two men do not get along with each other.

Accident at a construction site. Armando acts quickly, trying to save his brigade, but is faced with a terrible truth. The film presents an insider view of the grim world of human trafficking.

Tunis, border with Algiers. Two little brothers, football fans, find a donkey in the middle of the desert. A common thing, but why is the animal wearing headphones?