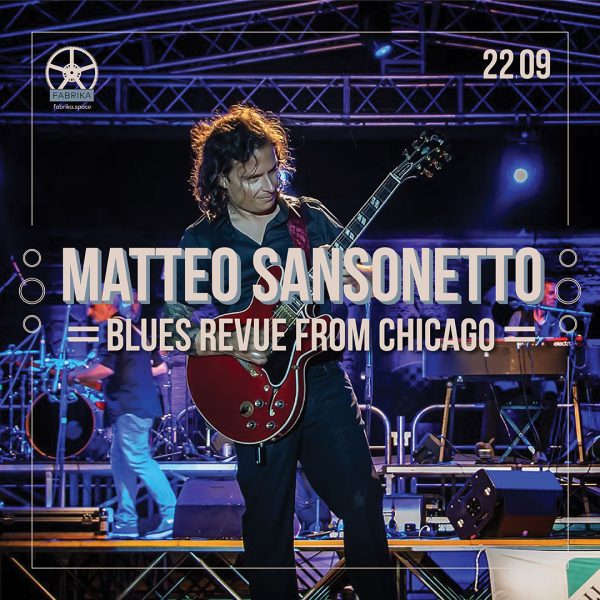 If you do not fly to Chicago, Chicago flies to you!
Delicious cuisine, the right cocktails and, most importantly, immersion in the mood of a real rhythm and blues!

The star of this evening is Matteo Sansonetto, who is not for nothing considered one of the best showmen of the modern blues scene. Even at chamber concerts, he creates the atmosphere of a “stadium”, each of his concerts certainly ends with the audience dancing and singing on stage.

Sunday evening within the walls of Fabrika.bar under the incendiary electric blues promises to be very hot! So see you on Blagoveshchenskaya, 1!