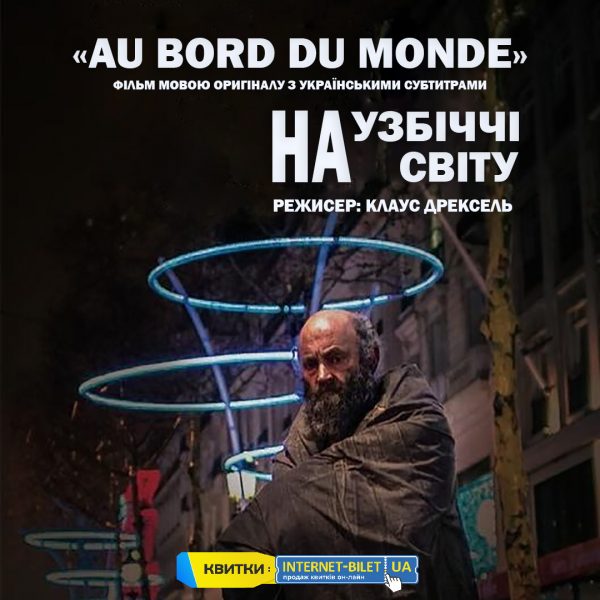 The film is in the original language with Ukrainian subtitles.

The organizer of the show in Kharkov is “Freedom Cinema” with the support of Alliance Frantsez Kharkov.

The night is coming. Paris, which we used to see on postcards, is slowly fading away and inferior to those who live in it: Jenny, Vinceclas, Christine, Pascal and others. Homeless, settled pavements, bridges and subways, on the sidelines of the world, where society does not guarantee their protection. Through thirteen central figures, “Au bord du monde” depicts or rather photographs the main actors in Paris, which has already gone out, darkened, showing a striking contrast between shadows, brilliant frames and wandering shadows in this open-air theater.