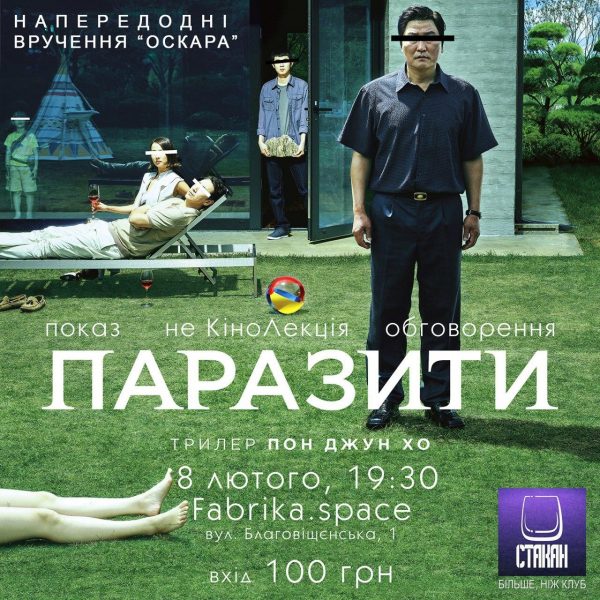 Such a set does not happen often, and given the good chances of a major reward, it can even become a sensation.

How will it be, and a breakthrough in Ukrainian rental for the Korean film is already something. With which we welcome her director Bong Joon-ho and, first of all, ourselves.

Leaving the jokes, Bong Joon-ho is well known in the world. He starred in Hollywood stars, his work fell into Cannes, and even in the tops of the best films according to the main movie fan of the planet Tarantino.

Like previous works by the author, “Parasites” is an unusual film. It has comedy, drama, sometimes even a thriller. Cinema with a social connotation, usually instructive as school books and equally interesting, and the original script and direction of “Parasites” will not let you get bored. And these are two more Oscar nominations.

In a special appeal to the audience, the director asked not to reveal the plot twists. Therefore, our advice: do not read further descriptions, but just come to watch and enjoy a great movie.

The family of four unemployed has gloomy life prospects. The situation changes when the eldest son is offered a paid job as a tutor. With the help of his sister, he makes false documents about education and comes to the luxurious estate of a wealthy businessman. Having made a good impression, the eldest son finds out about another open vacancy, and he has a very unusual job plan for his sister.