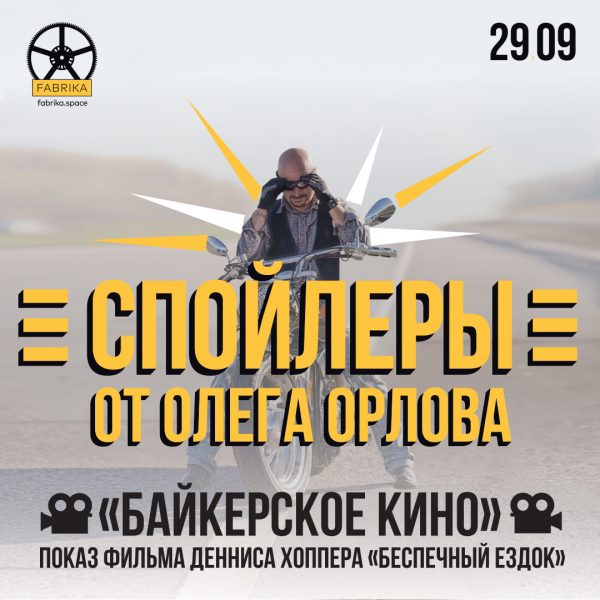 Spoilers from Oleg Orlov is a look at Hollywood’s old masterpieces from a new angle.
This evening we will talk about the philosophy of biker cinema, about technology, about freedom and about modern happiness, which is reflected in the film “Easy Rider”
The film from which the whole direction in the cinema grew is the road movie (a film about the road). The film that left a deep mark in American cinema! We can confidently say that this masterpiece of cinema will be shown for the first time in Kharkov on a large screen.
We recommend you to book a table in advance by phone: 0681001155